Pizzo Greco naturism was created in 1984 following a proposal by the then leadership of FENAIT; the business idea was that of three new tourism entrepreneurs who already had a small campsite on the Ionian coast of Calabria in the province of Crotone: Domenico Battaglia of Calabrian origin, and Sergio Rosso and Mario Pietro Samarotto of Piedmontese origin. The beauty of the place, its still-wild nature, and its beach with difficult public access were the ideal conditions because naturism has become popular and its practice has been consolidated over the years, with a slow but gradual development.

Today Pizzo Greco is a beautiful reality in the European naturist tourist panorama, for the number of visitors (we exceeded 36,000 in 2008), for the variety of customers, from the USA to Russia, from Norway to Australia, with a strong prevalence of EU citizens, and nationally it is the only naturismo directly facing the sea. The opportunity that we have been offered to organize the 32nd World Naturist Congress with the participation of representatives from the 30 associations that make up the International Naturist Federation, is a wonderful chance to raise awareness of the naturist world without prejudice or preconceptions, also highlighting the economic component in terms of the spin-offs and benefits in the region that this form of tourism (almost unknown in Italy) could bring to our country. 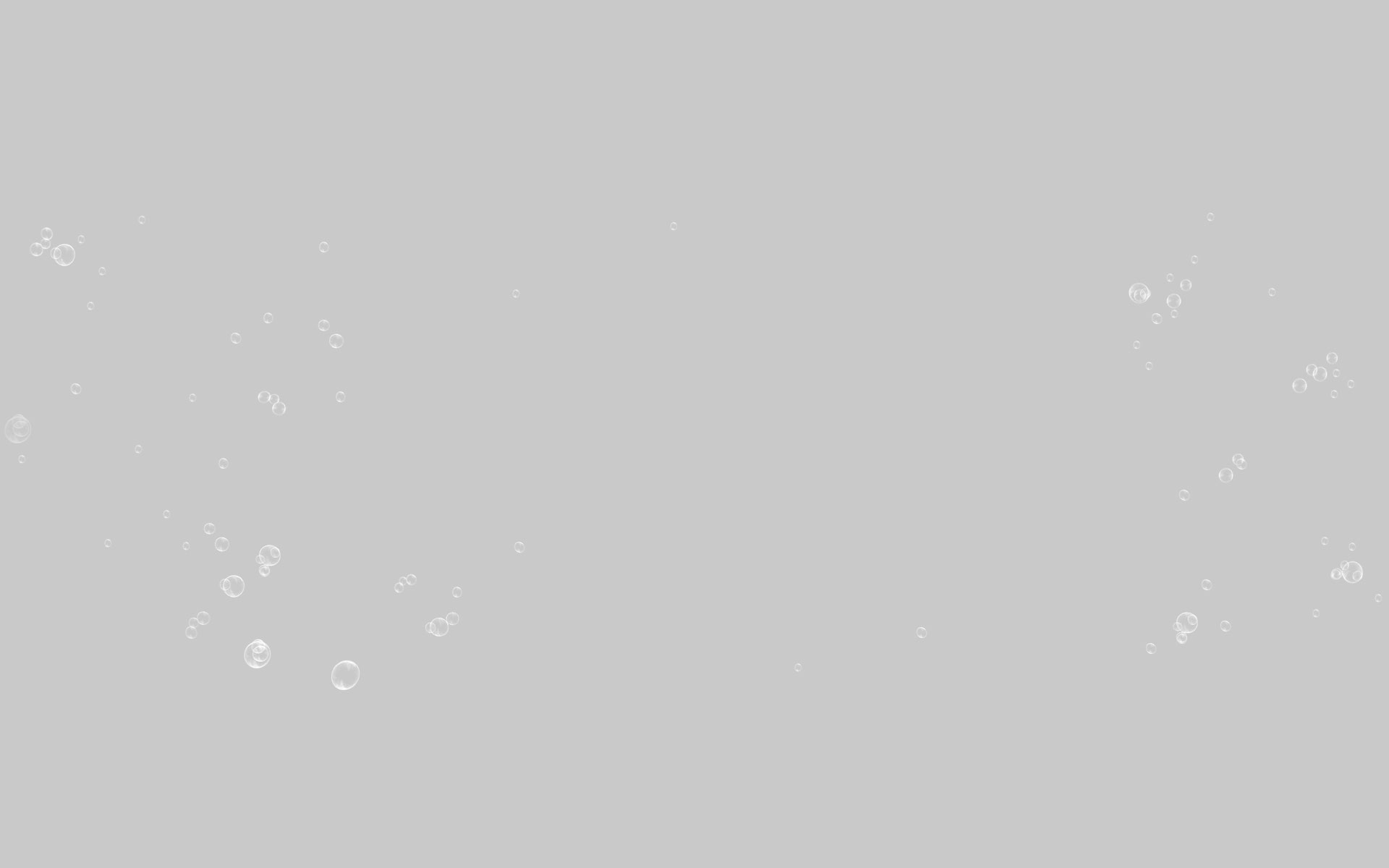 Naturism and nudism, as is defined in some parts of the world, was born at the beginning of the 20th century as a movement aimed at health and psychological and physical well-being and has since grown to the point of becoming a worldwide movement among people who consider a lifestyle without clothes beneficial for the mind and body. Naturism is a humanistic ideal that takes its cue from the Greek classical world and modern medical, psychological and ecological precepts, in order to have a more correct rapport between ourselves, others and our surroundings. The International Naturist Federation (INF-FNI), which coordinates a group of about 30 different countries, has 2.5 million registered members. To this number we can add all those who for reasons of climate or work commitments can enjoy a lifestyle limited to the naturist holiday season, so reaching a number of participants in the movement close to 10 million.
For most of these people the idea of a holiday confined to the “annoying prison” of a costume would be unthinkable and that is why in recent years there has been an exponential increase in holiday places suitable to host this type of clientele.
To be a naturist transcends the simple act of taking off one’s clothing; rather, it is a lifestyle characterized by encompassing a certain way of approaching the world and mankind: “naturism is a way of living in harmony with nature, characterized by the practice of communal nudity, in order to promote respect for oneselves, others and the environment”(official definition of” naturism “coined by Francis Schelstraete at the XIV World Naturist Congress in 1974).

Nudity is an essential part of naturism as it means a return to a kind of natural state in which sexuality is free from any underlying artifice, to be experienced without malice, obsession or any perversion. Communal nudity has a characteristic that it has to be forgotten about those who practice it; after a certain time for adaptation, being naked together thus creates a sort of equality, brotherhood and equality among people. Stripping away the symbols that bind them to their original status, naturists have the opportunity to break free from membership of class, gender, age or geographical origin.

“This is absolute freedom, that which frees us from our anxieties, our passions, from the oppression of our unconscious, from the anxiety of being attacked or even criticized by the conventional world” (D. Magnolia, 2002). Indeed, the body has a different function with respect to the traditional world, the world of “textiles” as it is commonly called by naturists. The naked body is always considered beautiful by the naturist as a work of art in itself and all forms of oppression, exploitation, or mistreatment of the same is fought strenuously by the movement. The body of the naturist does not have to be beautiful at all costs according to conventional parameters, but it is beautiful as a place that combines physical and mental health.

Self-respect and the well-being of body and mind are achieved through good nutrition, a healthy and sporting lifestyle; respect for others is instead found by trying to overcome prejudices and jealousies. The backdrop to this naturist ethic is fundamentally respect, implicit in the etymology of the word itself, towards the environment around is and the nature that generously hosts us. The naturist experience is, like all human experience, immersed in a broader context in which one can not ignore the nature of “good and bad” in every person. Naturist ethics (from the Greco ethos, “rules of life”) offer a set of useful rules to balance these centrifugal forces, directing the individual towards a natural life achieved through the practice of full and collective nudity. “Nudity in a difficult world is the grandest and most humble means that allows us to see beyond” (Lecocq).

The territory that is home to Calabria occupies the southern part of the Italian peninsula. Almost the entire region is bathed by the sea (the coastline extends for over 780 km): to the east by the Tyrrhenian Sea and to the west and south by the Ionian Sea. To the north it borders with Basilicata, to the south, it overlooks the Strait of Messina.
The provinces are five in number: Catanzaro (the regional capital), Cosenza, Crotone, Vibo Valentia, and Reggio Calabria. Other important centres of interest for both historical and cultural tourism are Lamezia Terme, Soverato, Taverna, Tropea, Locri, Palmi, Villa San Giovanni, Acre, Castrovillari, and Rossano. The territory of Calabria is mostly comprised of hills (49%) and mountains (42%); only 9% of the land is flat. The highest peak is Mount Pollino (2267m), while in the Sila (photo) and Aspromonte, the altitudes reach over 2000 metres.
Calabria is crossed by fast-flowing rivers (Amato, Crati, Neto, Savuto), whose river beds are called “torrents”. Major lakes (there are many artificial basins): Arvo, Ampollino, Cecita. There is rich forest vegetation despite the considerable deforestation which occurred in the past. Along the coast the climate is mostly temperate, while in the hills inland temperatures can reach very low levels in the winter.

Calabria is a land rich in tradition, with an unspoilt sea, a lush and sometimes wild natural habitat, architectural and artistic masterpieces and excellent Mediterranean cuisine. Beyond the famous statues of the Bronzi di Riace, witnesses to the glorious past of this region that was once part of Ancient Greece, there are many attractions in this part of the world. Particularly spectacular and scenic is the coast of Tropea.
Calabria is a region characterized by its dual sea / mountain tourist attraction. It covers an enormous coastline, but, while presenting unparalleled beaches, jagged coasts and crystalline waters, its territory consists of over 90% hills and mountains. Suffice it to say that it is the only Italian region which hosts three National Parks (Pollino, Sila and Aspromonte). But Calabria is not only a collection of natural beauty: it has more than 3000 years of history. The true essence of the region is in fact to be found in the immense wealth of its history and traditions, many of which still exist. The Calabrians have preserved much evidence of past life, in customs, costumes, gastronomy, music, legends, poetry, theatre, in processions and ceremonies. Agricultural production in Calabria is mainly destined for the table (milk and cheeses, pork and cured meats, vegetables (used to produce delicious preserves), olive oil, citrus fruits, etc.).
Many crafts resist modernity. Among them are the art of hand-weaving performed using ancient looms, woodworking, carving by hand or on a lathe, the creation of terracotta and ceramics, wrought iron and fine embroidery and lace.